Love thriller? Love survival and games? 'Insider', a new on-going novel will be the perfect fix for you!


A room full of men.

Lu Chu slept very quietly, lying on his side with his bangs hanging downwards, showing his clear appearance. Song Gui was also okay; occasionally, he would turn, and it wasn’t that big of a movement.

People said that when some people became too tired during the day, or if they ended up being overly tensed, they would end up snoring or sleep talking. In the past, Lu Chu didn’t know if this was true, but today, he truly saw it. Li Jiapeng started to snore the moment he fell asleep, sleep talked from time to time, turned around and kicked restlessly, making quite a lot of movements. There weren’t any major problems with He Mingde, only, he would grind his teeth when he fell asleep, which was a little harsh to the ears. Coupled with the sounds that Li Jiapeng was making, it instantly became noisy and chaotic.

Under such circumstances, Lu Chu, who was used to living alone and had sensitive hearing was repeatedly woken up.

if you see this, this is a scrambled version.

Every time he woke up, half-asleep, he would always see Qi Li facing upwards as he stared at the ceiling.

After he had been woken up countless of times, Qi Li still maintained the same position as he looked at the ceiling and whispered, “can’t sleep?”

“It’s still okay,” Lu Chu paused, then continued, “what about you?”

If he remembered correctly, every time he woke up, Qi Li was awake.

Saying that, he stood up, and didn’t make any sound at all.

Lu Chu saw his actions and instantly felt awake, “but…… what about them?”

They slept together mostly for safety, but, right now, if they acted alone, would something happen?

When Qi Li saw that he still wasn’t moving, he didn’t explain anything, but directly bent down and carried Lu Chu up and went outside. Lu Chu was shocked by his actions, but he didn’t dare to struggle, for fear that he might wake the others up.

sorry to readers who use mtl translations or readers, but this is copy protection. Simply erase the parts that don’t match the original on the site for MTL.

So, he was directly carried out of the room to the other bedroom.

When Lu Chu used to be an internet psychologist, he had interacted with a lot of emotional people. Although he hadn’t dealt with anyone who had already gone crazy, but generally, he could calm them down a little.

Qi Li placed Lu Chu on the bed, before saying in a calm manner, “nothing will happen to anybody today.”

“Guo Jianping, that beast, they’re all beasts, each of them, all beasts……”

After saying that, he turned around and got two blankets, placed one of them on Lu Chu, used the other one for himself, then said, “sleep.”

“After that, no matter how much Lu Chu tried to talk to her, Wei Rong was still immersed in her own world, talking to herself, and unmoved by the outside world.

Lu Chu found it slightly angering and funny. However, he always knew that it was difficult to communicate with Qi Li, and that he was the type that did things decisively. When Lu Chu heard that nothing would happen to anybody today, he also relaxed. Towards Qi Li, Lu Chu always held some inexplicable fear and dependence, even though he didn’t know where this man came from, and he did know why he seemed to know what was going to happen next.

“After that, no matter how much Lu Chu tried to talk to her, Wei Rong was still immersed in her own world, talking to herself, and unmoved by the outside world.

In any case, Lu Chu, who knew that nothing would happen felt relaxed, and soon, he fell asleep.

please read this at The Potato Room for more bl like this!

Lu Chu and Qi Li got up early, and neither Li Jiapeng or He Mingde realised that they didn’t sleep here last night.

Song Gui was sneakily looking at Qi Li from a corner where nobody else was around, but Qi Li was very alert, and Song Gui was discovered almost immediately, so he had no choice to take his gaze back, but occasionally, he look towards Lu Chu. Something flickered across his eyes – last night, he woke up too…… somehow, he felt that choosing Lu Chu to be his temporary ‘companion’ would bring about a lot of interesting things.

Song Gui laughed, and looked forward to it.

Lu Chu brought the photo behind him and started to comfort Wei Rong, and after Wei Rong’s mood stabilised again, he placed the other side of the image in front of her.

Granny Lu also got up very early, and started cleaning up when the sky was still dark. She knelt in front of the Buddha, burning incense and chanting sutras as she prayed for her grandson.

Song Gui and Qi Li, two adult men, held Wei Rong down, and let her kick her legs about, and when she had calmed down a little, Lu Chu went up to look at her, and said in a gentle tone, “can we talk for a bit?”

Breakfast was made by Lu Chu, he slept well towards the latter part of the night, and got up early in the morning. After checking on Granny Lu, he took up the task of cooking, and Qi Li helped him out. By the time everybody else got up, it was time to eat.

Surprisingly, this time, Wei Rong stared at the photo for a while, didn’t react, and simply continued muttering ‘retribution, beast’.

After considering for a moment, Lu Chu still took the photo out and asked Granny Lu. Initially, he didn’t want to involve the old lady, it’s just that there weren’t that many clues for them to collect, and they didn’t know if Granny Lu could give them a breakthrough.

When Granny Lu saw Lin Lin’s picture, she fell into a trance for a moment before she said, “ay, this is a foolish girl too. Her life was going well, so why did she suddenly run away.”

“Granny, are you familiar with Guo Jianping’s first wife?”

Granny Lu patted Lu Chu’s head and said, “not exactly. I only remember that she’s a smart one, a lovely little girl, and every time she saw me, she would call ‘auntie’ sweetly……”

“Then,” Lu Chu took out another photo, and asked, “then what about this person?”

Granny Lu thought about it for a long time, before she said, “isn’t she the village chief’s distant relative? Later, she moved away, and I just saw her family two years ago.”

Song Gui’s eyes lit up when he heard this, “Granny, where did you meet them?”

Granny Lu thought for a moment before she said, “I’m older now, and my memory’s bad. A few years ago, I went to A City to live for a couple of days with my second son. Since I’m old, and can’t stand being bored, so I went downstairs to chat with the old men and women. It was then I ran into her mother, and we also talked a little.”

“But, this young Guo descendent and this girl…… why are they so familiar with each other?” Granny Lu was a woman, and she soon realised that something was wrong. Although she wasn’t clear what it was, but everybody present knew what she wanted to say – that Guo Jianping and Cui Meier’s group photo was indeed really ambiguous.

Song Gui placed his chopsticks down, “it seems that we need to go to A City.”

Lu Chu nodded, and said, “but first, we need to pay a visit to Wei Rong’s place.”

As soon as Li Jiapeng heard that they were going to leave the village, and although they couldn’t shake this problem off, he was still in high spirits as he said, “okay! Okay! Let’s quickly eat and go to visit Wei Rong, then we’ll set off!”

Granny Lu was worried, and said, “my dear grandson, are you going too? Granny’s heart doesn’t feel at ease……”

Unless, the one on the photo, wasn’t the girl who married Guo Jianping.

Lu Chu added some food to Granny Lu’s plate, smiled and said, “Granny, I’m already an adult, what else do you have to worry about? Furthermore, this disaster can’t be avoided, and running away isn’t the answer, it’s better to find the root cause and eliminate the disaster.”

Lu Chu was surprised by her reaction. At that time, when Guo Jianping and that girl got married, everybody in the village knew, and coupled with the fact that the girl was good-looking, Wei Rong should have a strong impression of her, but then, why didn’t she have that much of a reaction?

Even though Granny Lu wasn’t willing, she still agreed.

He did what Lu Chu did and folded the photo in half. First, he presented the side with the man to Wei Rong, and got the same reaction; a fierce struggle, and cursing.

Everybody quickly finished their meal and went to Wei Rong’s place again.

Unless, the one on the photo, wasn’t the girl who married Guo Jianping.

Lu Chu had once guessed, whether it was Wei Rong’s stillborn child that came to take revenge. Now, it seems that it’s almost impossible for this to be the case, and he already had a guess, only, it needed to be confirmed.

With their previous experience as an example, this time, they didn’t care about the stink in the yard, and weren’t attacked by the crazy Wei Rong either.

Lu Chu was still the one who conversed. First, he calmed Wei Rong’s emotions down, lead the topic, then said, “you’re Wei Rong.”

Lu Chu quickly went along with her words and said, “yes, you don’t love him.”

“Lin Lin…… Lin Lin……” there was a silly smile on Wei Rong’s face again, and she kept blindly repeating the word ‘Lin Lin’.

Lu Chu and Qi Li glanced at each other, and asked Wei Rong again:

A sleepy, sleepy couch potato that adores BL. Only second to sleeping.

If you enjoy reading the novels, consider buying some caffeine to perk up this sleepy potato.

Check out these novels

Gossip! The Prince and the Dragon, that Shameless Couple

As the Demon King, I am very distressed because the Hero is too weak

There's something wrong with this development! 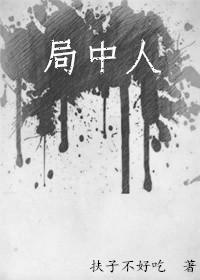